The Hindu Temple of Northern America, also known as Sri Maha Vallabha Ganapati Devasthanam or the Ganesh Temple was one of the oldest temples in the United States, in fact it was the first temple built as early as 1970. What started in a small frame house, daily rituals and weekend services were soon performed by volunteer priests. And then his holiness Sri La Pandrimalai Swamigal, a great siddha from Chennai, prepared 26 yantras for the temple, adorn pooja for a consecutive period of 5 years, and blessed the completed yantras on the 4th of July, 1977. The Temple is located at Bowne St, Flushing, New York. 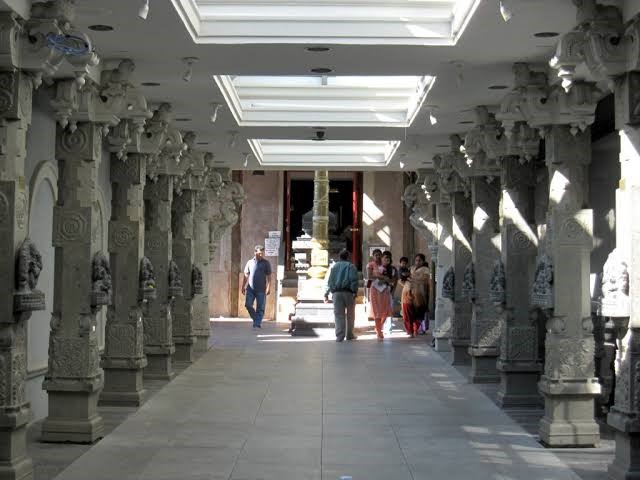 It was in June 1997, when Dr Ganesh Sitapati, an acclaimed architect from Chennai, began to draw plans for a traditional South Indian Styled Temple. With the help of 12 shilpis, the construction of the temple started in April 2000. The Temple complex has two buildings, with Shiva and Parivar shrines inspired from Chola and Pallava dynasties’ architecture while the Vishu and Parivar shrines draw inspiration from the Vijayanagar empire. The temple situated at Broward County, Florida, spreads across a vast area of 6200 sq. feet. 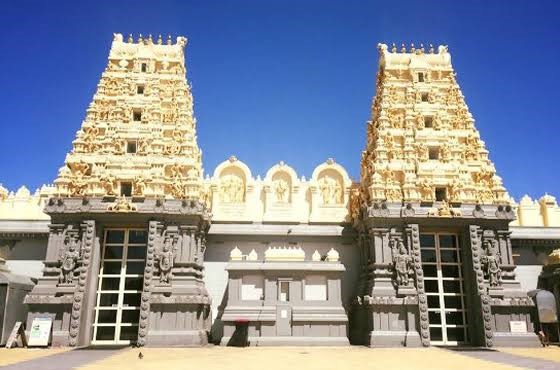 With the Hindu population reaching its peak in the United states in the 70’s, Sri Meenakshi Devasthanam claims to be the third Hindu Temple built in the country, situated at Houston, Texas. The region continues to attract more Hindus and every year sees an average of 20-25 Hindu families settling down. Said to be modeled on the famous Madurai Meenakshi Temple, Sri Meenakshi Devasthanam, is the only temple dedicated to deity Meenakshi outside of India. The main temple was constructed in 1982, with Sri Ranjit Bannerjee, drawing the master plan for the 5 acre property. 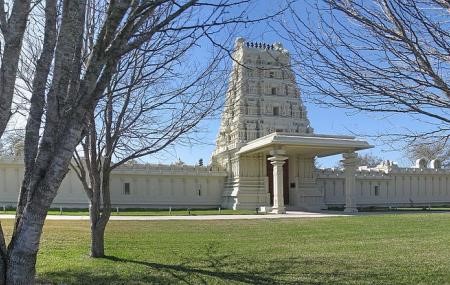 In 1977, a group of small enthusiasts, headed by the then president of Telugu association, Sri Tirupatiah Tella, realise the need for a place of worship and cultural centre, to accommodate the religious and spiritual needs of the rising Hindu population in the Country. Rightly so, the Hindu temple of Greater Chicago, now consisting of two temples: Ram-Sita, and Ganesh-Shiva-Durga, with a Vivekananda community centre connecting the two temple buildings, has stood 25 years, attracting hundreds of devotees everyday in Lemont, Illinois. 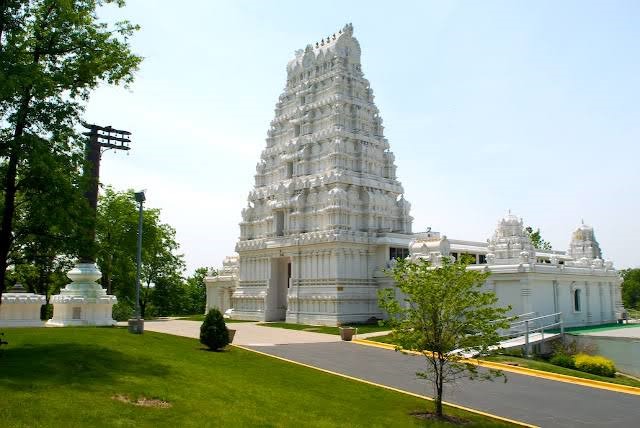 Thousands of devotees from the Mid-western region notably from Chicago had to travel all the way to Pittsberg to have a darshan of the Sri Venkateshwara Swami. The time and effort  to pay a visit was huge in spite of the spiritually rewarding experience one could have. As a result, around nine families decide to donate 20 acres of land to construct a Balaji Temple. Padmashri Muthiah Sthapathi and reputed architect Sri Subhash Nadkarni chart out the temple plans with a blend of ancient shilpa shastra and modern architecture. Today Sri Venkateswara Swami Temple, located at 1145, West Sullivan Rd, Aurora, hosts among Lord Balaji, Lord Ganesh, Lord Shiva and Goddess Parvathi as other presiding deities of the temple. 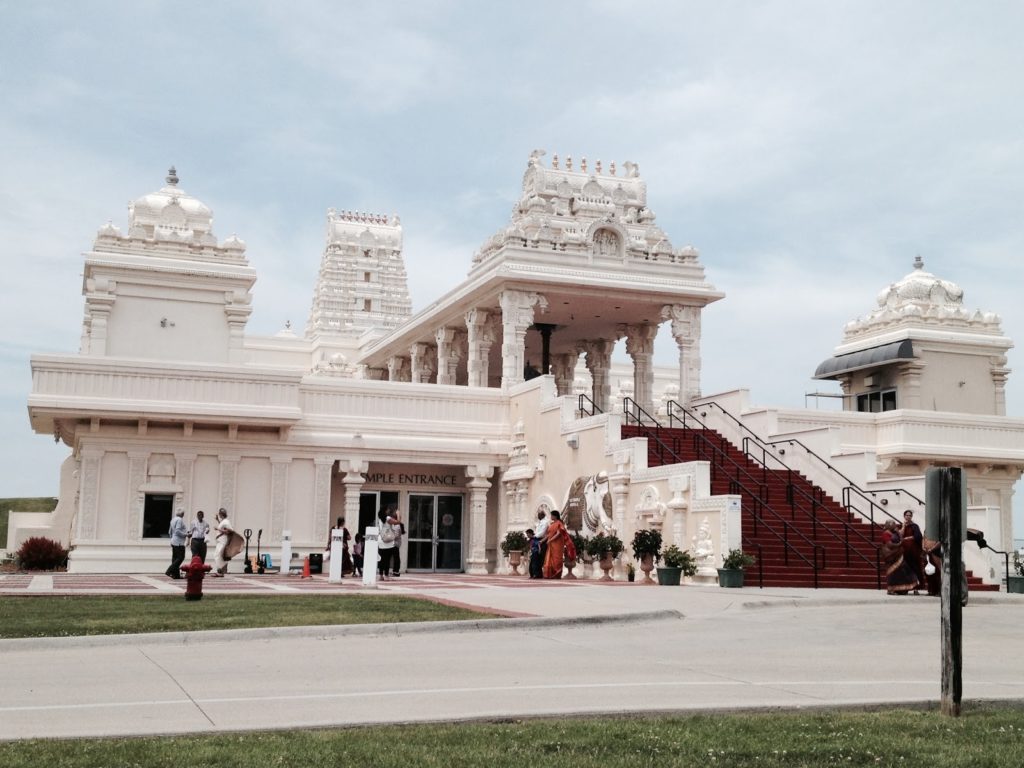 Vasan Srinivasan, a civil engineer from the Los Angeles area, together with the local families accumulated funds and invited architects from India to construct a temple dedicating to deity Balaji. The Malibu Hindu Temple, located in the Santa Monica Mountains, is one of the largest Temples in the Western Hemisphere. Owned by the Hindu Temple Society of Southern California, the temple has two complexes, with Lord Venkateswara as the presiding deity in the upper complex and Lord Shiva presiding the lower complex. 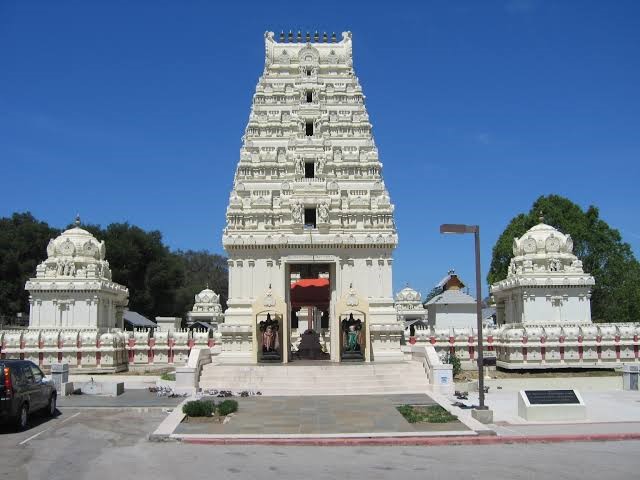 What started from a simple bharatanatyam dance class, has now become a site to behold, serving 100,000 devotees in Penn Hills, Pennsylvania. Mrs. Jaya mani taught bharatanatyam at the basement of the House of India store, in the squirrel hill area. Daughters of Raj Gopal, Nagabhushanam Nunna and N Srinivasagam were among her first students. In due time, Dr. Raj Gopal and Rajshee gopal started a simple place of worship with Lord Ganesh as the idol. The Temple, with help from numerous devotees grew in time, with Tirupati Tirumala Devasthanam sanctioning a significant amount of funds to the Hindu Temple society of New york. The Groundbreaking ceremony happened on April 12, 1975. As of today, the Temple with the presiding deities of Lord Balaji, Lord Shiva, Lord Ganesh and Goddess Parvati enjoys around 50,000 followers from all over the world. 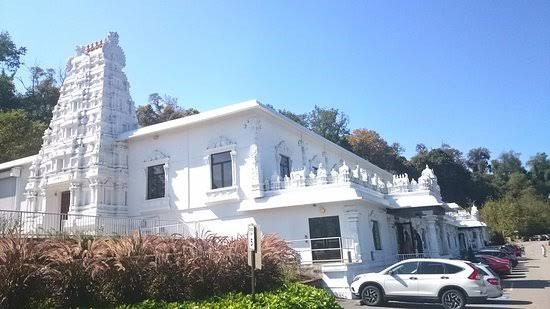 Modeled on the famous Guruvayoor temple in Kerala, Sri Gurvayurappan Temple, is a relatively new temple, constructed only recently with the inner sanctum now open for the devotees to enter. The main deity in the temple is Krishna, an avatar of Vishnu and one can find representation of other Vishnu avatars present throughout the temple. One notable difference in architecture compared to other temples in the region is the architecture predominantly based on stone stucco brass and paintings. 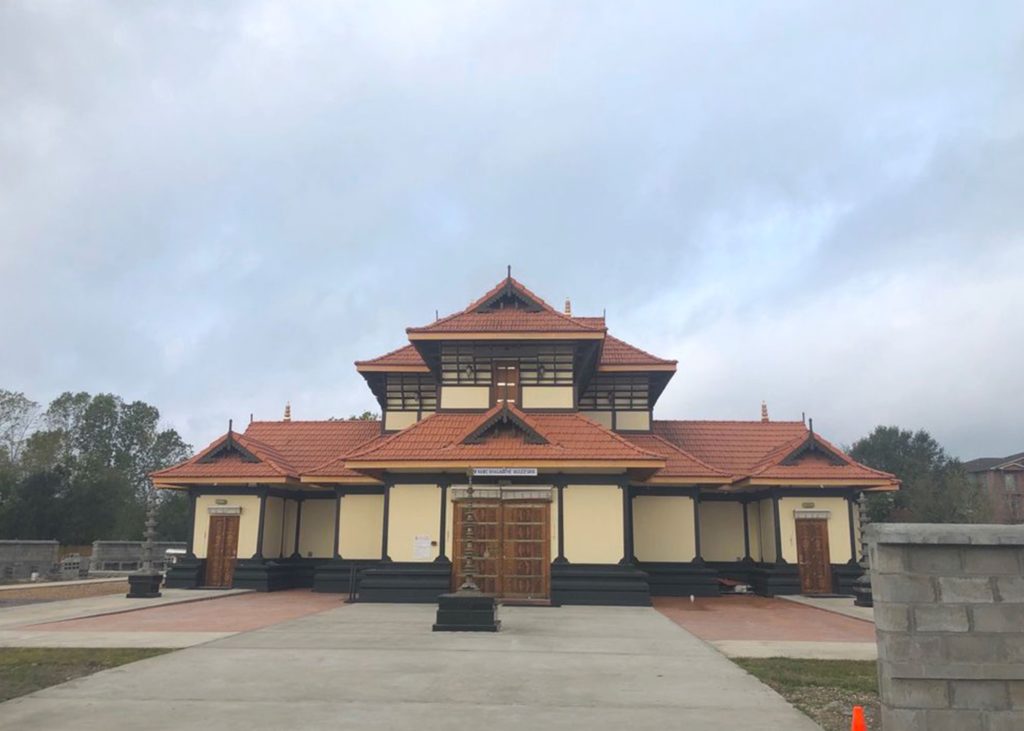 Situated in the Greater Boston area, Sri Lakshmi Temple, as the name suggests, has Goddess Lakshmi as the presiding deity, a dedication to the goddess of wealth and prosperity. Spread across 12 acres, the Temple designed by Shri Muthiah Sthapathi rises at a height of 50 feet from the ground. The temple remains open during the weekends, promotes cultural and religious activities through music, dance, aradhanas, pujas and bhajans and positions itself as a major religious hub amongst the local Hindu community. 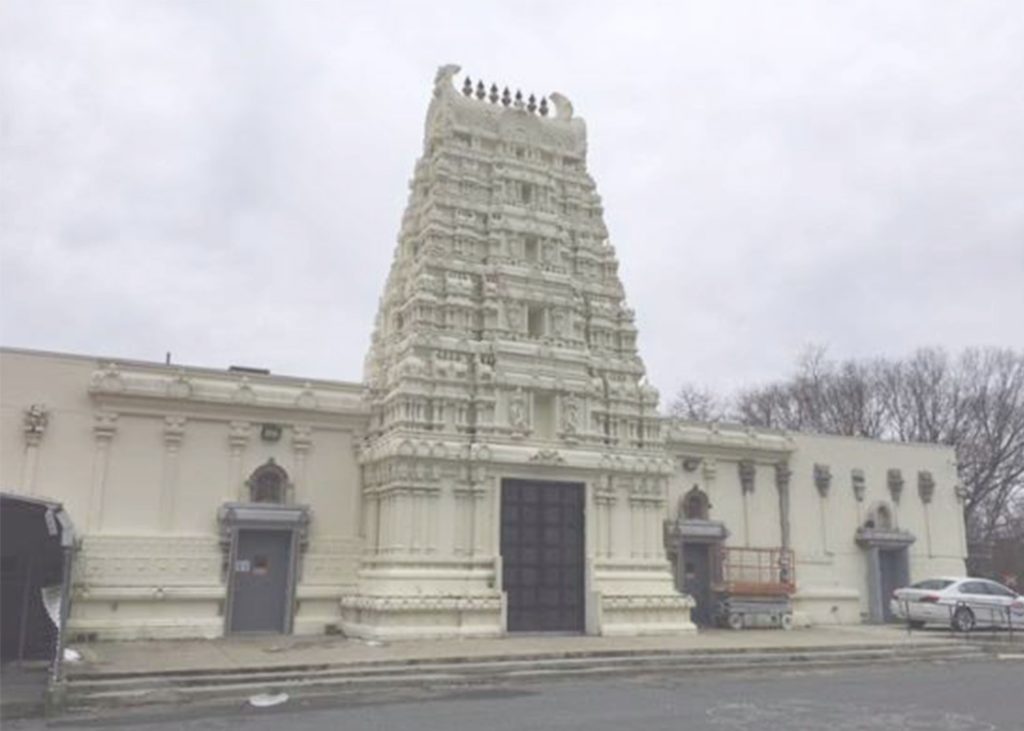 Much like the other prominent temples in the US, The Hindu Temple at Atlanta was borne out of some spirited volunteer efforts by a small group of people headed by S.P. Reddy and Dr. S. Vanapalli in the region. Today, the Temple stands as a true marvel and an epitome of traditional Indian architecture. Designed by erstwhile Padhmashri Muthiah Sthapathi, the Atlanta temple came into incorporation on October 19, 1984. The temple complex hosts two deities: Lord Balaji and Lord Shiva. 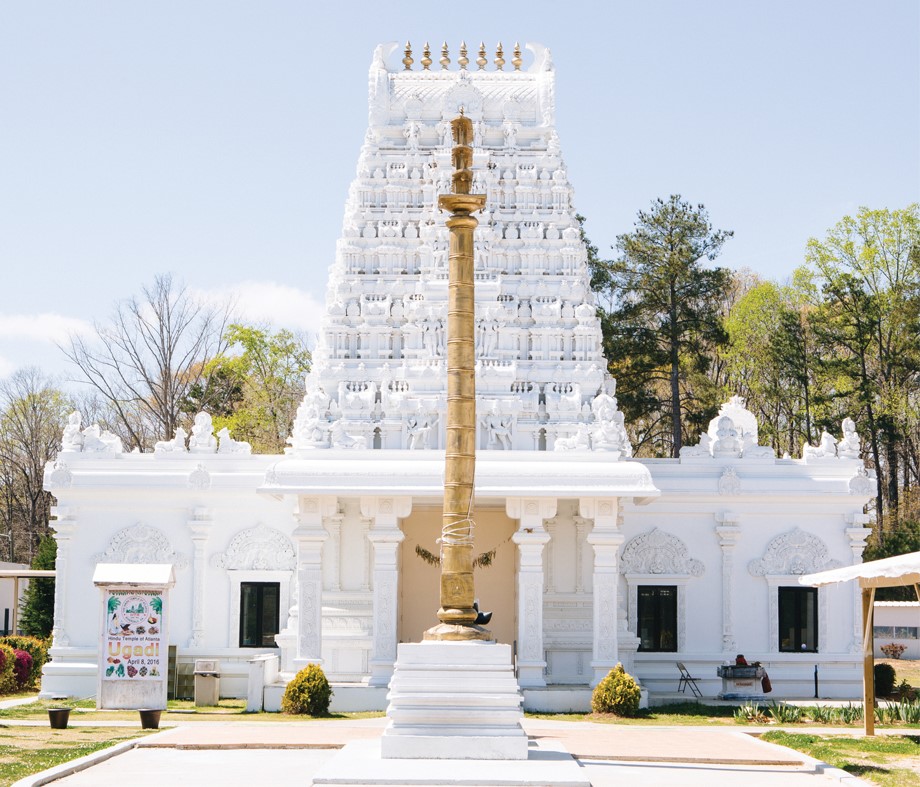